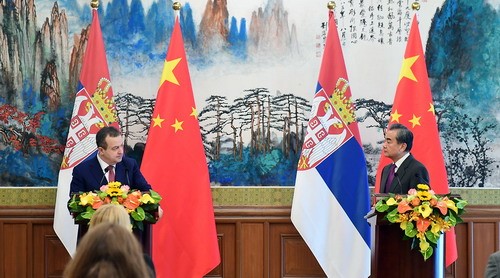 Wang noted that Dačić is the first foreign minister received by China since the outbreak of the epidemic. The visit of the Serbian delegation at such a special moment in the Chinese people’s fight against COVID-19 is a concrete action that testifies to the friendly sentiments of Serbia toward the Chinese people, the unbreakable iron friendship between the two countries, and the fine tradition of mutual support at crucial moments. Serbia’s act of support is deeply appreciated by China and will always be remembered by the Chinese people.

Wang noted that diseases are the enemy of all mankind and must be addressed by the joint efforts of the international community. The fight against the epidemic goes beyond national borders, and people of all countries must join hands.

Wang said that under the strong leadership of President Xi Jinping, China, standing at the forefront in this “war without smoke”, is working with great determination and a strong sense of responsibility to protect the life and safety of not just its own people but the people of the world. Steadfast on the first line of defense against the spread of the epidemic, China has bought time and space for other countries to respond to the virus and has contributed to global public health with great sacrifice.

Wang stressed that the fight against the epidemic is now at the most critical stage, and many other countries are also facing this threat. China will not flinch from this challenge, nor stand aloof from others. While striving to tackle the epidemic at home, China will step up cooperation at the regional and global level, maintain timely communication with other countries and WHO to share information and experience, coordinate policies, pool resources, and work jointly in the spirit of solidarity until the final victory over the epidemic is achieved worldwide.

Dačić noted that the Serbian people will not forget the Chinese friends who stood firmly with them in Belgrade when NATO bombarded former Yugoslavia. The people of China were not afraid of the bombs of big powers back then. Likewise, the people of Serbia do not fear the new virus now, and will stand with the Chinese brothers in tiding over the difficulties.

Dačić said that in the battle against the epidemic, the Chinese people are holding the first line of defense, making contributions and sacrifices for the health and safety of all. They deserve the respect by the people of the world. China’s effective response measures are highly commended by WHO Director-General Dr. Tedros. Serbia condemns the politicization and overreaction by some countries, and firmly believes that under the strong leadership of the Communist Party of China and the Chinese government, and with the efforts of all the Chinese people, China will defeat the epidemic at an early date. 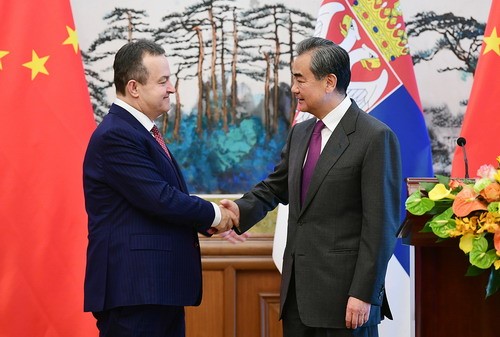