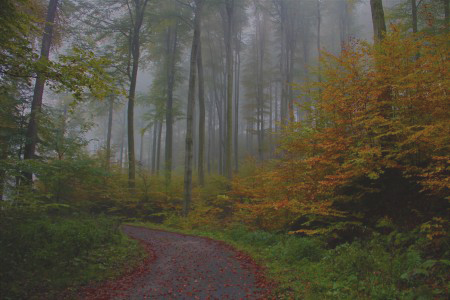 You are here: Home / Countries / Hungary

Number of counties: 19 and the capital as 20th

3155 settlements, including the capital

Most of the area of Hungary lies lower than 200 meters above sea-level (Compared to Baltic Sea). Although there are several hills and sub mountain areas, the area above 300 meters is less than 2% of the country.

70% of the area of Hungary is suitable for agricultural use.

Hungary is rich in surface and under-surface water. The whole area of the country lies in the catchment basin of the Danube. The most important rivers are the Danube (417 km in Hungary) and the Tisza (584,9 km in Hungary. Bigger lakes are Balaton (594 km2), Tisza-lake (127 km2), Fertő lake (75 km2 in Hungary) and Velencei lake (24,2 km2). Hungary is very rich in under-surface water. The groundwater level is usually between 3-5 m but can be much lower in hilly areas. There are artesian and thermal water supplies below the whole country. 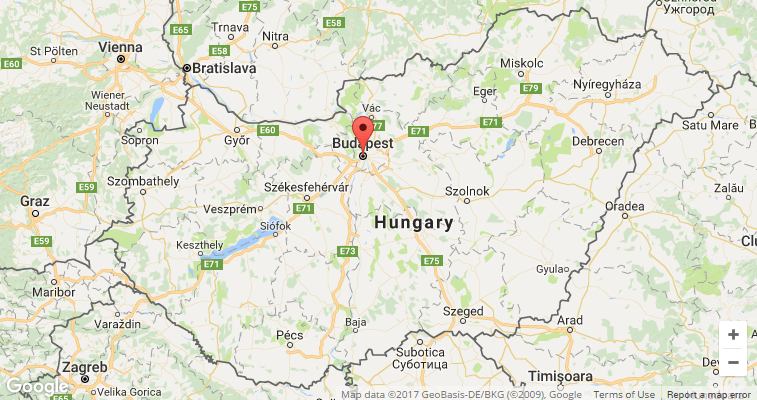 The history of modern forestry in Hungary

1791: The Parliament enacted the first feudal act on forests.

1935: The Act Nr. IV of 1935 on forest considered the new geographical conditions of the country and covered nature conservation.

1936: Hungary hosted the 2nd World Forestry Congress and the 9th Congress of IUFRO

1959: Forest owner associations were cut back; about 30% of the total forests were assigned to agricultural cooperatives.

1961: Enactment of the Act Nr. VII of 1961 on forests and wildlife management based on socialist terms. 1996 A s a result of the political system change in 1989, about 40% of the forests were privatized. The legislative control for multiple-use and sustainable forestry was regulated by the Act Nr. LIV of 1996 on forests and protection of forests. 2009: One main aim of the Act Nr. XXXVII of 2009 is to drive forests closer to their natural conditions. On one hand, the act defines ‘quantitative naturalness’ and prescribes that it should not decrease due to management activities. On the other hand, it prescribes continuous cover forestry methods on a predetermined area of state-owned forests. Further, it enables NGOs’ contribution in forest management planning.

2017: Modification of Act Nr. XXXVII of 2009 according to the interests of forest owners

The area and change of the forest area in recent years

The above given categories are the categories of the “Naturalness” given in the Hungarian Forest Act (Act. no. XXXVII. of 2009). The categories have the following meanings:

Semi – natural forests: The stand is similar to the natural forests but can have artificial origin and management. The ratio of adventive species is not higher than 20% and few individuals of invasive species can be found.

Second growth forests: The structure and composition of the stand is transformed by human activity and lacks some elements characteristic for the given growing site. Most of the stand consists of naturally occurring species, the ratio of adventive species is 20-50%, and there may be 20% of invasive species in the stand.

Transition forests: Highly transformed in structure and composition, only a smaller part of the stand consists of species naturally occurring on the growing site, the structure is simpler, and lack most of the natural structure. The ration of adventive species is 50-70% and there may be 50% of invasive species.

Plantations: The stand typically consists of adventive species or artificial cultivars or hybrids and the stand has a regular structure suitable for machinery works. The harvest rotation is at least 15 years, the stand is intensively cultivated.

The basic situation of the tree species composition such as the area and percentage for the main tree species;

Cutting age is directly connected with forest function. In wood production forests, the main objective to be taken into consideration is the quantity and quality of wood. Thus, stands of fast-growing species (such as black locust or hybrid poplars) are cut relatively early. In forests with non-production functions, forest management is driven not only by wood production but also by other issues. Consequently, the proportion of old forests is higher as well as there are no such high differences between the areas of age-groups as in the case of wood production forests.

Age distributions are highly influenced by the cutting ages. Thus, proportion of fast-growing species with short rotation period (black locust, hybrid and native poplars) is higher in the younger age classes whereas area of the slow-growing species with long rotation period (noble oak, turkey oak, beech) is relatively large in older age groups. More than half of our forests are 40-years-old or younger.

The dynamic variation of the tree species in quantity.

In Hungary, noble oak has the highest standing volume. However, the highest area proportion belongs to black locust.

The dynamic variation of the forest stock volume, increment and logging

Poplars produced the largest increment per hectare. However, due to their low wood densities, poplars adsorbed less carbon dioxide than beech or noble oaks wood density of which is much higher.

CO₂ quantity removed by the Hungarian forests approximately equals the total emission of 3 million cars during one year, assuming that an average car runs yearly 20 000 km with a 7 l/100 km petrol consumption. This means that the CO₂ quantity removed by the total annual increment of the Hungarian forests is roughly equal to that emitted from the Hungarian passenger car stock (source of input data: https://co2.myclimate.org/en/car_calculators;http://www.ksh.hu/docs/hun/xftp/idoszaki/jelszall/jelszall11.xls).

The total volume of timber felled in recent 10 years;

The planned felling volume in the next 10 years.

The forest management planning is accomplished for each area in 10 years intervals so the plan for the following 10 years is only available for about the 1/10 of the whole forest area, but considering the rising demand for wood and the rising timber prices the felling will slightly increase in average, as it has in the last 10 years as well.

Close-to-nature forestry – evolution of continuous cover forestry systems: Systems ensuring continuous forest cover have been more and more applied in the last years. The common feature of these systems is that there is no final cutting and consequently contiguous large areas without tree stand do not occur. In Hungary, three kinds of such systems are defined: the selection system (harvests are carried out frequently but only in small patches), the transition system (the main objective of which is to switch from rotation system to selection system) and the ‘non-productive’ system (with the main aim to let natural processes take their course).

In Hungary, 99 % of the forest fires are intentionally or negligently human- induced. Moreover, 40-50 % of the fires appeared during the fire ban period.

This fact turns attention to the importance of public communication campaigns as a tool of prevention. This was the motivation behind a Fire Life project between 2014 and 2018 which was initiated by the Forestry Directorate and supported by the European Union. There were already 14 educational events for children. Through playful competitions, dangers of forest fires were introduced to them, and they could learn basic rules on how to set and extinguish a fire. In frequented tourist destinations during fire danger periods, forest fire guards were established partly in order to propagandize forest fires. Training courses on prevention and extinguishing were organized for experts in six localities. Guides, games and posters can be downloaded from:  www.erdotuz.hu

Health condition of the Hungarian forests did not change considerably between 2014 and 2015. On country-level, the average defoliation rate was 20.5%. Turkey oak and the group of ’other hardwood species’ were the healthiest having more than 60 % of the sampled trees in the ’not damaged’ category. Black pine was the most severely damaged.

The most common damage types were ’insect’ and ’fungi’ for all tree species groups. Beside these types, abiotic damages, especially drought also occurred in groups such as poplars, turkey oak, beech and black locust.

Field works of the first five-year-long period of systematic forest inventory was finished in 2014. The main objectives of the inventory:

The number of employees in forestry;

The total employment in forestry sector in 2015 was 25.3 thousand employees.

The dynamic variation of the number of employees in forestry.

The area and percentage of the forest ownership including private and sate owned and public forest;

The dynamic change in the proportion of the forest ownership

The Forest Act of Hungary is relatively new and it has been reformed in this year (2017), but the works started in 2016. A wide range of organizations cooperated (Ministry of Agriculture, NFCSO, University of Sopron, FRI, national park directories, national forestry companies, MEGOSZ etc.) in the formation of the modification to get an act as result which can regulate the forest management rationally and practically for both the national and private sector. One of the main new features of the act is, that it regulates the national and private forest management separately, which can mean not so hard restrictions for the private forest managers.

Main goal of the Hungarian forestry policy is to incense the forest area, and the naturalness of the forests, increase the ratio of forests managed with constant canopy cover methods (like selection cutting). Also, it is a goal to increase the area of wood plantations to supply the industry with high quality timber.

There are two independent forest resource monitoring systems in Hungary. One is the forest management planning itself, and the other is the National Forest Inventory. Both have the data collecting interval of 10 years, but there are significant differences in methodology.

The forest management planning is repeated on the whole forest area in every 10 years. It is done by the employees of the Forestry Directory of the National Food-chain Safety Office. They collect a record a wide variety of parameters of the forest stand, and plan the felling and cultivation tasks for the next ten years. The felling planned is not obligatory but the other management tasks are.

The data for the National Forest Inventory is collected from the same FNM points (FNM – Observation of Growth of Forest stands). The main goal is to have an independent statistical database of the Hungarian forests to see the dynamics in great time interval.

University of Sopron, Faculty of Forestry and its institutes

In Hungary there is only one university with forestry faculty. It is the University of Sopron

Apart from the above mentioned there are some post-university educations.

The one university with forestry as a major is relatively small. The number of Hungarian student attending the forestry related majors at the university is slightly decreasing in recent years. It is about 500 students.

Gross added value of forestry, the country’s GDP and the share of forestry’s contribution;