You are here: Home / News / International Conference on China-CEECs Forestry Research and Education... 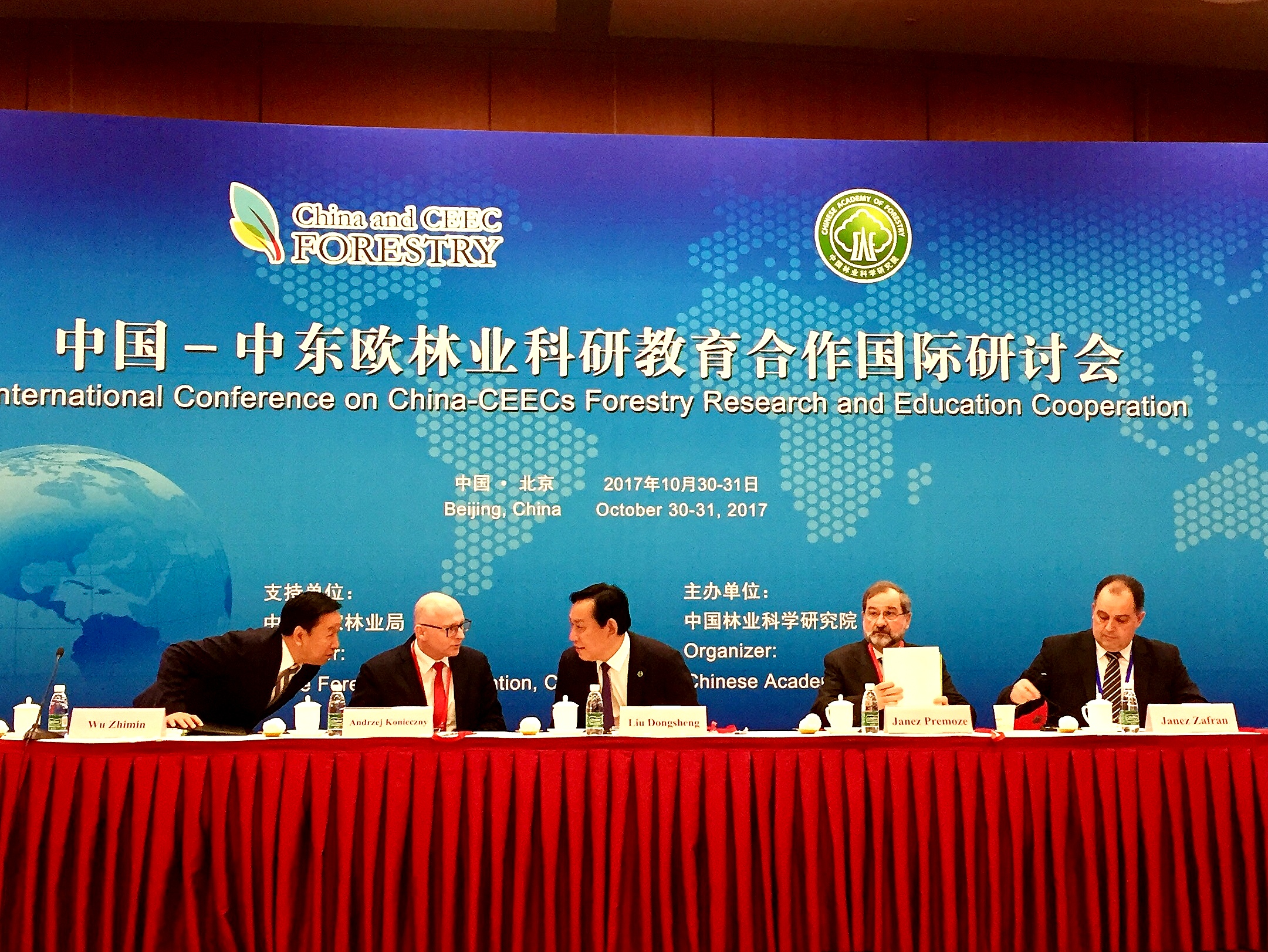 The first International Conference on China-CEECs Forestry Research and Education Cooperation will take place between 30th-31st of October 2017 in Beijing China. The members of the academic and research community from 16+1 countries will gather in Beijing China to discuss the possible cooperation projects between the 15 Central and Eastern European countries and China in scientific research and education cooperation and propose the cooperation model between 16+1 countries in the field of forestry research and scientific cooperation. Several side events include a business forum and a field trip to the International Forest Products in Yiwu City, Zhejiang Province for the participants of the Conference.

The conference that will be organized by the Chinese Academy of Forestry and is sponsored by State Forestry Administration of China, is the first major international event organized within the 16+1 forestry initiative and under the action plan of The Coordination Mechanism for Cooperation in Forestry between China and CEE Countries. It follows the recommendation of the conclusions and recommendations of the Liaison group meeting at its first meeting on 16th of February 2017 with the adoption of the Action plan.

Designed as a component of and a booster for the Action Plan, the International Conference on China-CEECs Forestry Research and Education Cooperation is to be held in Beijing, China.

The Conference intends to enhance mutual understanding between involved countries, share scientific research findings, experiences and information, strengthen communication, and scope the priority fields of cooperation and exchange among China and CEECs in forestry research and education with an aim to achieve a win-win cross-regional forestry development.

During the Conference, there will be a Special Session on Business Forum for participants (especially from forestry related business sector among China and CEECs) to discuss potential cooperation on forestry investment and trade which focus on, but not limited to, high-tech wooden products, forestry machinery and equipment, developing a new business, and building a platform for investment and trade etc. Such business discussion could be continued during the optional trip to Yiwu City, Zhejiang Province for the International Forest Products Fair on November 1, 2017. The annual International Forest Products Fair will draw hundreds and thousands of business people working on forestry investment and trade not only from China, but also from around the global bussines community.

GOT TO MEETINGS PAGE

Since the reform and the opening up, Yiwu city has been insisting on the development strategy of “developing city through thriving business” and taking a regional developmental path with it’s own characteristics. President Xi Jinping introduced Yiwu city as “the capital of small commodities” in the world at the China Africa Summit in December 2015. In November 2014 during his inspection visit to Yiwu city, Premier Li Keqiang praised Yiwu small commodities market as the name card of China, and Yiwu commercial city as the contemporary famous drawing of “riverside scene at the Qingming Festival”, which demonstrates the most prosperous commercial center at that time.

With the opening of “Yiwu-Xinjiang-Europe” China-EU railway train, Yiwu city has become the new start of silk road economic belt, and the bridgehead from which the commodities of countries and regions along the railway enter into China’s market. Yiwu e-commerce market is thriving, continues to hold the first position of top 100 e- commercial counties in China, and leads the top 25 cross-border e-commercial counties/cities in China in 2016. Yiwu is also an exposition city with lots of national exhibitions, such as China Yiwu International Commodities Fair, China Yiwu International Forest Products Fair, China Yiwu Cultural Products Trade Fair, and China International Tourism Commodities Fair etc. In 2016, 131 exhibition activities in various fields were held and the trade value reached 38.933 billion yuan, with a year-on-year growth of 8%. The economy of Yiwu city has been gaining a steady progress. In 2016, the GDP in Yiwu city reached 111.8 billion yuan, with a year-on-year growth of 7.7%. The total financial revenue of Yiwu city reached 13.07 billion yuan, among which the local financial revenue was 8.18 billion yuan, with a year-on-year growth of 5.3%. The rate of Three Industries is 2.0:34.4:63.6.

The 10th China Yiwu International Forest Products Fair will be held in Yiwu city, Zhejiang province on November 1-4, 2017, with the theme of “green enriching people, ecology thriving business”. 3,000 international standard booths will be set up in the Fair. The exhibition scope includes 8 categories of products, which are furniture, wood structure and materials, wood and bamboo crafts, wood and bamboo commodities, forest food, tea products, floriculture and forestry techniques and equipment. The Fair will demonstrate 6 characteristics, including the more obvious leading effect of the Green, the more outstanding characteristics of “Internet+”, the continuous enhancement of marketization and specialization level, the improvement of international exhibition level, the increment of cross-strait exchanges, and cooperation and the more attention of supporting activities on quality.

We sincerely invite all of you from everywhere, and hope to invite more forestry enterprises through you to attend the 10th China Yiwu International Forest Products Fair, so as to gather in the commercial center of Yiwu city and discuss our development strategies.