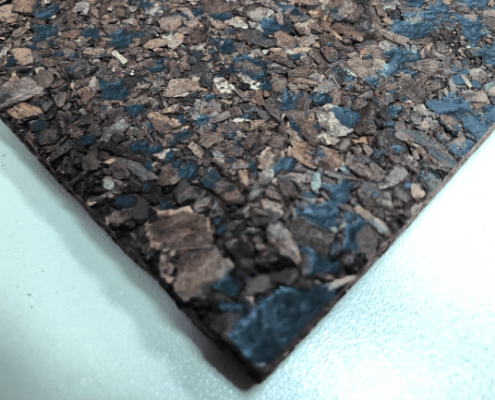 Bark – a source for wood-based composites

The bark constitutes around 10 % to 20 % of total tree mass, which is mainly used to produce energy, or, in the horticulture (Gupta and al., In 2011, Miranda and al., 2012). Although a significant share of the bark is unused or even discarded. Part of the bark produced in the process of the bark removal or in the forest at the sawmilling or at the production of wood-based composites or at the production of pulp for the paper industry, is burned (exploitation of bio-energy), while a smaller proportion of the bark is used in the horticulture (landscaping), in the pharmaceutical industry and at the leather tanning. Despite of the above-mentioned areas of bark usage a large proportion of the bark to remains unused, what creates challenges at bark disposal. Also, the burning of the bark, in order to gain energy, it is not the best solution, mainly because of its low calorific value. The question of the bark usability become even more important in cases of various natural disasters (such as windstorm, snowstorm, ice storm, etc.), or in case of bark beetle attack.

Challenges in the use of the bark, are not associated exclusively to its chemical structure but also to its structure and anatomical complexity, what becomes evident at breakdown of bark. The most common system is the mechanical breakdown the bark in different chippers, where bark is crushed into smaller fractions. This fraction can be used for a variety of purposes (depending on the size). Usability of the bark in the production of wood-based composites is limited because a coarser shape of bark particles of higher share of bark particles lowers mechanical and sorption properties of composite. Due to the density and structure bark it can be used to produce thermal insulation panels, where mid-sized, and a large fraction of bark can be used. Due to the high proportion of phenol-like components, the use of synthetic adhesives for production of insulation boards on bark basis, can be lowered. Due its role in the tree, and the chemical composition bark is an interesting raw material for the production of a variety of wood-based composites for example as a source of raw materials for insulation panels (Kain al., 2014), foams (Tondi and Pizzi, 2009; Ponytail al., 2018), decorative panels for flooring (Tudor and al., 2018), or as a substance to produce fire-resistant wood-based composites for construction (Tondi al., 2014). The proposed study would explore the various possibilities of the use bark for production of furniture and load bearing wood based composites, were we will focus also on the possibility of an activation of the tannins, as a natural binder (manufacture of boards and panels with less or even without the addition of synthetic adhesive) for the manufacture of a sandwich type composites, in which the bark based boards will be used as face layers and tannin based foam (derived from the bark) as core structure. The coarser bark particles, which are not suitable for the manufacture of load bearing and the furniture grade boards, will be used for thermal insulation panels. Fines and dust fractions and will be used for production of wood-plastic composites. Also, we will develop a system of hydrothermal preparation of the bark chips for the extraction of the bark based fibres for production of composite board. Obtained extract in combination with bark fines will be used for production of fire-resistant boards. In the laboratory conditions wet bark will be crushed into particles and the fibres. To produce fibres, bark chips will be hydrothermal pre-treated (boiled), from where fibres and usable extract will be obtained.

By appropriate chemical process the bark components will be activated with aim to reduce formaldehyde emission, lowering the usage of synthetic adhesive and to improve relevant composite properties.

The proposed project, it is important, particularly due to the sustainable usage of wood and bark. The developed composites will be human and environment-friendly because its manufacture will be based on the use of the formaldehyde-free resin. The proposed project is an interesting for sawmilling companies, as well as for the manufacturers of the composites since it implements already existing raw material or the raw materials used in their manufacture. The investor or the investors will get ng the knowledge and know-how necessary for the production of different products (boards) from bark with high added value.

Upon agreement with the investor. 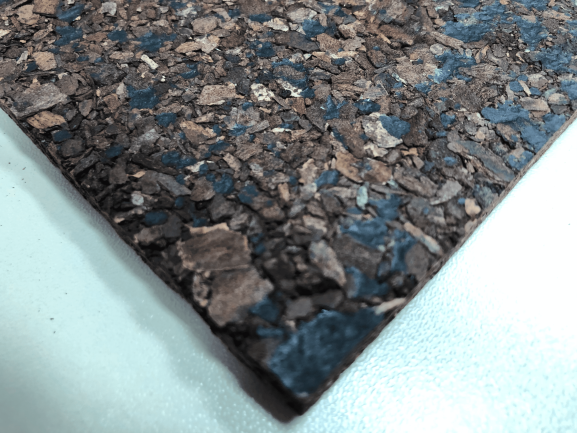 Infrastructure and other solutions in the field of bioeconomics (eg biorefineries, biogas, raw materials, materials and composites based on biomass from wood, ..),

solutions in the field of innovative and efficient side streams and waste wood processing into higher value added products.