You are here: Home / Countries / Poland

POPULATION OF THE CAPITAL: 1.750 million

Poland, a vibrant middle-sized country, covers an area of 312,679 km², making it slightly larger than Italy or slightly smaller than the US state of New Mexico.

Poland is bordered by Germany in west, the Czech Republic in south west, Slovakia in south, Ukraine in south east, Belarus in east and Lithuania and Russia in north east. The country shares maritime borders with Denmark and Sweden.

Poland has a population of 38.4 million (in 2018); official language is Polish. Largest city and capital is Warsaw.

Poland takes the leading position in Europe as far as the amount of forest area is concerned. The forests overgrow 9.2 million hectares which is 29.6% of the territory of Poland. The vast majority of this area are forests owned by the state. 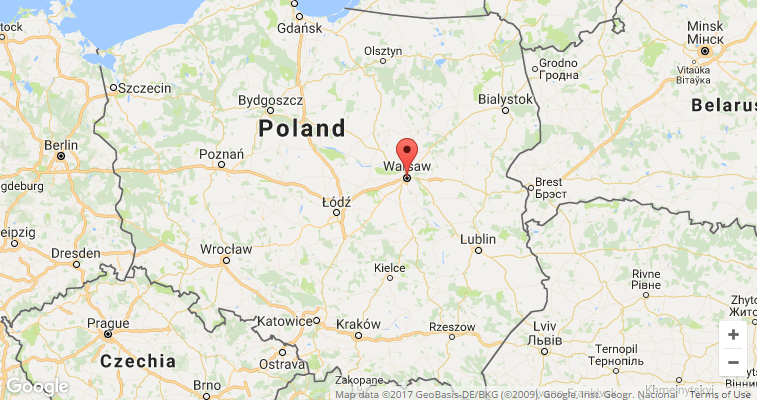 The ownership structure of forests in Poland is dominated by public forests – 80.7%, including forests managed by the State Forest Holding “State Forests” (PGL LP) – 76.9%. During the years 1990-2017, the share of ownership of private forests increased by 2.3 percentage points, reaching the current 19.3%. The share of the public ownership of forests decreased adequately (from 83.0% to 80.7%). The increase in the share of forests in national parks, from 1.3% in 1990 to 2.0% in 2017, was mainly due to the formation of six new parks in the described period.

There are more and more forests in Poland. The forest cover increased from 21% in the year 1945 to 29.6% at present. From 1990 to 2017 the forest area enlarged by 548 thousand hectares. The basis for the afforestation works in Poland is the National Programme for the Augmentation of Forest Cover with the assumption to increase the forest cover up to 30% in 2020 and up to 33% in 2050. Poland’s forests are rich in flora, fauna and fungi; 65% of species occurring in Poland live there.

The forests in Poland grow on the poorest soils, mostly as a result of developing farming in the previous centuries. This affects also the spatial distribution of forest site types in Poland. Coniferous forests occur in more than 50.4% of the total forest area. The remaining part is taken by the broadleaved, mostly mixed.

In the lowland and upland areas the most frequent species is pine. It overgrows 60.2% of the forests area in the State Forests Holding and 54.9 % of private and commune-owned forests. In the mountains spruce is predominant (western part) and spruce with beech (eastern part). The domination of pine in the forest stands is the result of the past forest management practice. Previously, the monoculture (one-species cultivation) was the forestry’s answer to the expanding industrial needs for timber. Such forests, however, were less resistant to climatic factors and were falling victim to pests more easily.

In Polish forests, the share of other (mostly broadleaved) tree species grows systematically. The foresters do not practice monoculture any more, instead they adjust the species composition of stands to that occurring naturally in a particular area. Therefore the area of broadleaved stands in the State Forests increased from 13% to more than 23.8% in the years 1945-2017. The more plentiful tree species are oak, ash, maple, sycamore, elm but also birch, beech, alder, poplar, hornbeam, aspen, linden and willow.

The forest stands aged from 41 to 80 years occur most frequently in Poland. The average age of stands in forests of all ownership types increased from 44 in 1945 to 58 years in 2017 (to 59 years in the State Forests, and to 49 years in privately-owned forests). There are more and more big 80-year-old trees. Their area has increased from 0.9 million hectares to over 2.1 million hectares since the end of the World War II.

The plan is prepared after thorough forest inventory and forest condition assessment. The foresters assess such forest traits as structure, age, species composition, health, soil and site conditions, etc. The activities assumed in the plan for further realization include forest management objectives and specific functions of the forest in the area of a particular forest district.

Sometimes it is also acceptable to establish a plan for a period shorter than 10 years. However, it happens only in justified cases such as great damage or natural disasters.

Contemporary management plans are created with the use of the newest technical achievements. The basic instrument is a forest digital map being a part of the spatial information system (Geographic Information System GIS). The map processes the data collected during field work and presents the results in a graphic form. For years, in forest management there have been applied more and more perfected methods of using aerial and satellite photographs, which complete the results of the fieldwork.

The forest management plan should include:

The forest management plan is carried out on the basis of the instructions which are obligatory in the State Forests.

In recent decades, an increase of forestry resources can be observed on forest land. During the last 20 years, i.e. from January 1995 to January 2017, the increment of gross large timber in forests managed by the State Forest Holding amounted to 1.249 million m3. In this period, a total of 732 million m3 of large timber was harvested, which means that the growing stock increased by 517 million m3 of gross large timber, corresponding to 41% of the total increment. In the last period, in the State Forests there has been observed an increase of the volume of timber harvest, expressed in the volume of net merchantable timber per one hectare of forest area. In the last 10 years, this indicator increased from 4.35 m3/ha in 2008 to 5.71 m3/ha in 2017. However, the size of felling does not exceed the permissible forest use and according to data from the last 20 years it is at 59% of current increment.